The Elf on the Shelf - A Christmas Musical Tickets

This holiday season, the toe-tapping tale, The Elf on the Shelf, A Christmas Musical is at Wang Theatre on Friday, November 26th, 2021. The beloved holiday tradition that has captured the hearts of families everywhere returns to the live stage! Grab your tickets now for The Elf on the Shelf: A Christmas Musical, the thrilling spectacle of music and dance that carries the whole audience, right to the North Pole! Catch a glimpse of the magical lives of Santa’s little Scout Elves and their funny little helpers. Featuring an original story and score, dazzling sets and costumes, and heartfelt moments that will bring the family together. 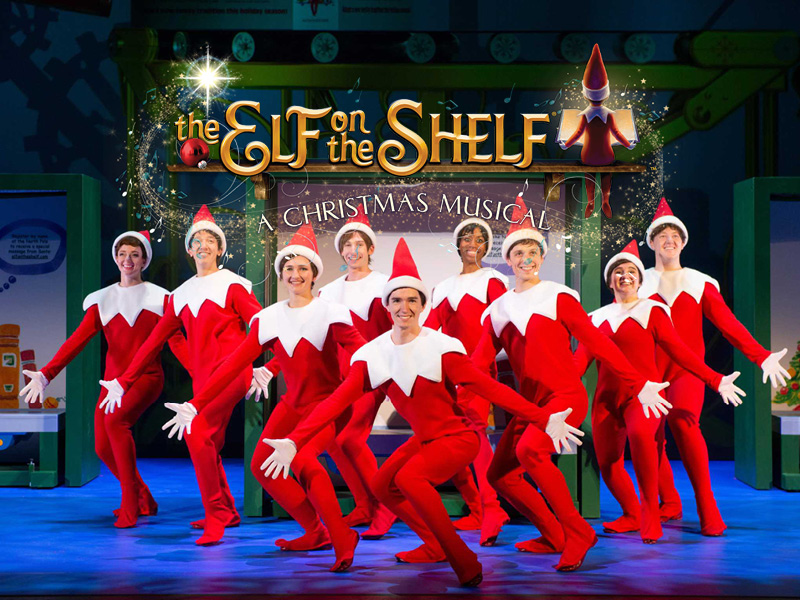 Inspired by the beloved box set The Elf on the Shelf: A Christmas Tradition, this touring stage production will give families an exclusive glimpse into the magical world of Santa's North Pole through indelible song and dance numbers and a heartwarming tale about Christmas spirit.

This is the toe-tapping tale of one particularly impressive Scout Elf, who must help his new, human family remember the importance of Christmas cheer. Can this tiny elf, along with his host of North Pole pals, make Christmas joyous for his family once again? The musical features an original story and score, dazzling sets and costumes, and heartfelt moments that will bring the family together, this joyous and uplifting celebration will leave audiences captivated by the magic and splendor of the holiday season.

The original stage production was developed by Sara Wordsworth as writer and lyricist, Russ Kaplan as composer, and Sam Scalamoni as director.

“Those expecting to laugh as much as they did at the movie won't be disappointed. What might come as a surprise is just how polished these songs and arrangements are, particularly the larger-than-life opening number at Santa's workshop and several scenes in a very strong second act.” – Associated Press.