Get ready to jingle those bells as the incredible Straight No Chaser bring a night of festive fun to Wang Theatre on Sunday 5th December 2021! With four holiday albums under their belts, including 2020's excellently titled Social Christmasing, the a cappella group are experts at adding their unique spin to all those Christmas classics we know and love! Expect to be full of Christmas cheer as this phenomenally talented 9-piece wow the crowd with their holiday harmonies! 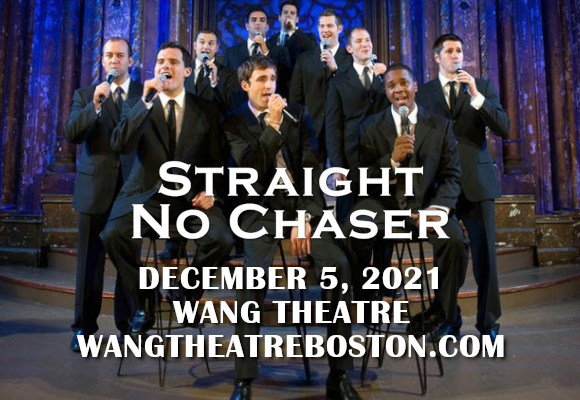 Starting 25 years ago as a college a cappella collective while attending Indiana University, Straight No Chaser have since become one of the most popular touring groups in the US, frequently making the Top 100 of Pollstar’s American Touring Acts. After the group’s original members left college, new students replaced them and Straight No Chaser continued as a collegiate group, which is now known as Another Round. In 2006, a 1998 recording of the original group’s performance of "The 12 Days of Christmas" went viral on YouTube and found its way to the CEO of Atlantic Records, who offered them a five-album record deal. Since then, the have released four Christmas albums and four studio albums, as well as several EPs. Not only has the group found success on the touring circuit, but they have also attracted the attention of several big names in the music industry, collaborating with Barry Manilow, Sara Bareilles, Phil Collins, Elton John, Jason Mraz, Dolly Parton, Seal, Rob Thomas, Stevie Wonder, and Kristen Bell. In 2020, they released their most recent album, Social Christmasing.