Bringing with him 30 years' worth of catchy rhythms, acoustic instruments, synths, and powerful vocals, Seal is back on the road to serenade cities worldwide. The legendary balladeer will be bringing people back to the 90s soul-pop era, giving an experience like never before. On May 12, his stop will be at the Wang Theatre in Boston. The majestic theatre will surely ring with songs such as "Deep Water," "Kiss From A Rose," "Don't Cry," "I Am Your Man," "Killer," and more. To complete the experience, the new wave band The Buggles brings their classics to spice up the night. Nostalgia will reign at this 30th Anniversary concert. Do not miss this once-in-a-lifetime opportunity to have fun with good music! Get tickets now! 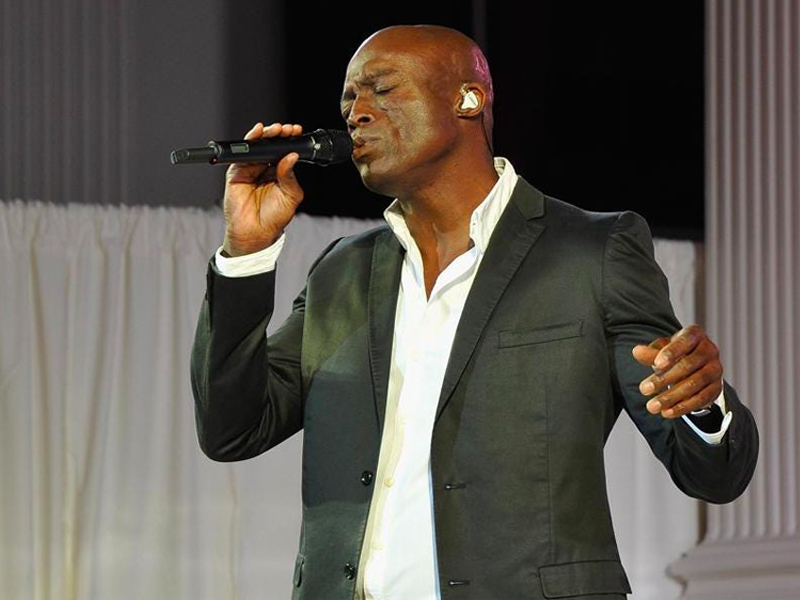 Nineties soul music would not have been as influential as it is today without Seal's musical prowess. His masterful voice, along with his gospel-infused and orchestral sound, has brought him to soul/ pop stardom. Soul, folk, pop, dance, and rock merged together to create his distinctive sound. This amalgam of talent has brought him deserved success not just in the United Kingdom but also worldwide.

Seal Henry Olusegun Olumide Adeola Samuel was born in 1963 to Brazillian and Nigerian parents and grew up in London. Before becoming an established musician, he graduated with a two-year diploma in architecture and worked as an electrical engineer and designer. Subsequently, he transitioned to a career in music and joined the band Push. After his stint with the band, he joined another band, a Thailand-based blues group with which he worked for some time. After a long time of working for his music in different music, he came back to England and met English producer Adamski.

When Seal decided to sing "Killer," produced by Adamski, his fate to music stardom was sealed. The song instantaneously topped the UK charts and subsequently brought him the prestigious Ivor Novello Award for songwriters. A cascade of hits and positively acclaimed albums came after. His eponymous debut album was dubbed "the best debut album to have ever come out" by critics. After which, his second album, "Seal II," came out to raging reviews and blockbuster listens. "Kiss From a Rose," his biggest song hit, came out with this album. He released ten more albums after the phenomenal first and second releases, all of which were greatly received by the public.

In his long career, the legendary artist won awards such as three Brit Awards, four Grammy Awards, an MTV Video Music Award, and two awards for songwriting from the British Academy of Songwriters, Composers, and Authors.

On his massive world tour this year in celebration of his 30 years in the industry, Seal will serenade many cities. One of these is in Boston at the Wang Theatre on Friday, May 12. Alongside him, one of the biggest English new wave bands will perform. The Buggles, formed by the duo Trevor Horn and Geoff Downes, is best known for their hit single "Video Killed the Radio Star." See them live by securing your tickets now! Click the "Get Tickets" link to get the best seats in the venue.