Twenty years into his music career, Ray LaMontagne is still one of the most exciting and unique voices on the folk scene, and this fall his bringing his excellent acoustic Just Passing Through Tour to Wang Theatre on Saturday 12th October 2019! This will give fans the chance to see a different side of the performer, who'll be accompanied for his acoustic set by the incredible My Morning Jacket guitarist Carl Broemel! He'll also be joined by support act Kacy and Clayton! 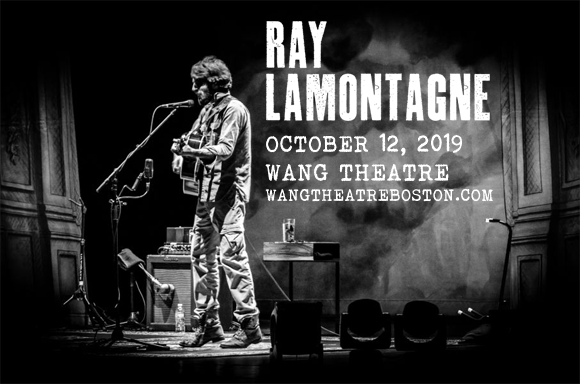 Grammy Award-winning singer-songwriter and instrumentalist Ray LaMontagne has been active on the folk circuit since 1999, when he decided to embark upon a music career, inspired by waking up to the sound of Stephen Stills on the radio. That year, he recorded a ten-track demo and the rest, as they say, is history. In 2004, LaMontagne released his debut studio album, Trouble, which was successful both in the US, where it was certified gold, and in the UK, where it was certified platinum and eventually reached the top five of the UK charts in 2006. His highest-charting album to date, Gossip in the Grain, was released in 2008 and peaked at number three on the Billboard 200. He followed with 2011's God Willin' & the Creek Don't Rise, which won a Grammy Award for Best Contemporary Folk Album. To date, LaMontagne has released seven albums, his most recent being 2018's Part of the Light.