Red-hot 28-year-old jamgrass wunderkind, Billy Strings comes to Wang Theatre on Wednesday, November 17th 2021. Grammy Award winner for Best Bluegrass Album for his latest record, Home, he is going to be putting you through your paces Boston, you think you have what it takes to keep up with this kid, then grab some tickets right now, these are selling as fast as his fingers move across those strings! Even Rolling Stone calls him, “Billy Strings Is the Bluegrass Star You Don't Want to Miss!” 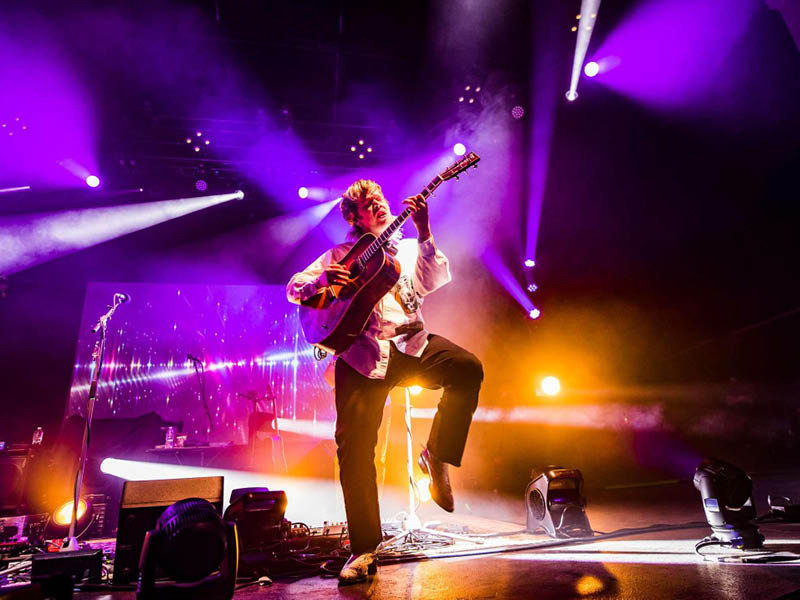 William Apostol from Muir, Michigan is Billy Strings. The International Bluegrass Music Association awarded him with the 2016 Momentum Award for Instrumentalist of the year, He was named one of the Top Ten New Country Artists to Know in 2017 by Rolling Stone, HuffPost proclaimed Billy’s first album, Turmoil and Tinfoil, as one of the best albums of 2017, and he was named one of the six new rising stars of bluegrass by Acoustic Guitar magazine for the same year. He regularly plays on stage with huge artists including Dierks Bentley, Del McCoury, Bill Kreutzmann, David Grisman, Larry Keel, Sam Bush, The Marcus King Band, Greensky Bluegrass, The Infamous Stringdusters, The String Cheese Incident, Leftover Salmon, Widespread Panic and more. More recently, in 2019, he was voted the International Bluegrass Music Association Guitar Player of the Year, and released his second studio album, Home, reaching number 1 on the Heatseekers Albums and Bluegrass Albums charts, and debuting at number 11 on the Emerging Artists and the Folk Albums charts, until it eventually won the Grammy for Best Bluegrass Album at the 63rd Annual Grammy Awards.
His touring band consists of banjo player Billy Failing, bass player Royal Masat, and mandolin player Jarrod Walker.