He still knows how to let wild, Bert Kreischer with his The Berty Boy Relapse Tour at Wang Theatre on Sunday, November 7th, 2021. Buy some tickets and come and join the PARTY! Be warned, this is set to be an all-ages comedy show, but strange things happen around Bert, so don’t miss your chance to catch The Machine live on tour again for the first time since Covid-19 temporarily brought the party, that never ends to an untimely halt. The shirtless, stand-up comedian Bert Kreischer, also dabbles in reality television hosting, acting, producing, and hosting podcasts. 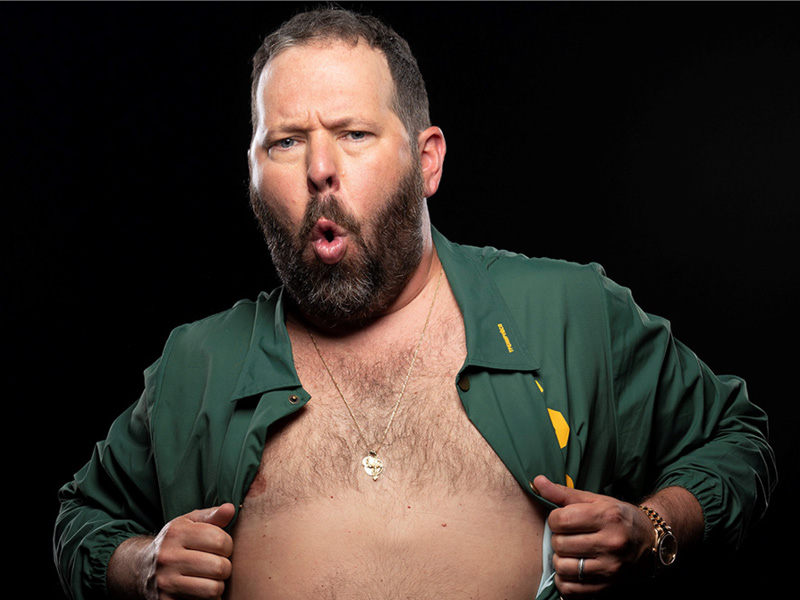 Renowned comedian, podcast host, and author Bert Kreischer attended Florida State University, is known for his unique brand of comedy, which interweaves party-boy antics with humorous anecdotes about family and fatherhood. Named, "the top partyer at the Number One Party School in the country,” by Rolling Stone Magazine. He also dabbles in reality television hosting, acting, producing, hosting the podcast, Bertcast, co-hosting the podcasts, 2 Bears, 1 Cave, with fellow comedian Tom Segura, and co-host of the Bill and Bert podcast with actor and comedian Bill Burr! As a stand-up comedian, Kreischer has performed internationally and has appeared on late night talk shows Late Show with David Letterman, Jimmy Kimmel Live, Conan and regularly as a guest on Rachael Ray. His first comedy special Bert Kreischer: Comfortably Dumb appeared on Comedy Central in 2009, then, Bert Kreischer: The Machine, was released on Showtime in 2016, and he has two specials with Netflix, Secret Time from 2018, and, Hey Big Boy, in 2020. Bert has also published a book, Life of the Party: Stories of a Perpetual Man-Child. He also released his second Netflix Original stand-up comedy special Bert Kreischer: Hey Big Boy in March 2020. The special earned rave reviews from critics and fans alike.